FastStone Image Viewer 6.6 improves the performance of certain operations in the application significantly. Users who noticed slowdowns when they browsed large collections of images on their devices or when they opened folders with lots of photos may notice significant loading time improvements.

The release notes list three areas in which performance was improved: when loading images, when opening folders with lots of images, and when using copy or move operations in the application.

FastStone Image Viewer processes embedded ICC profiles faster in the new version and supports these by default now (enabled by default). Note that the use of ICC profiles may slow down the loading of images. 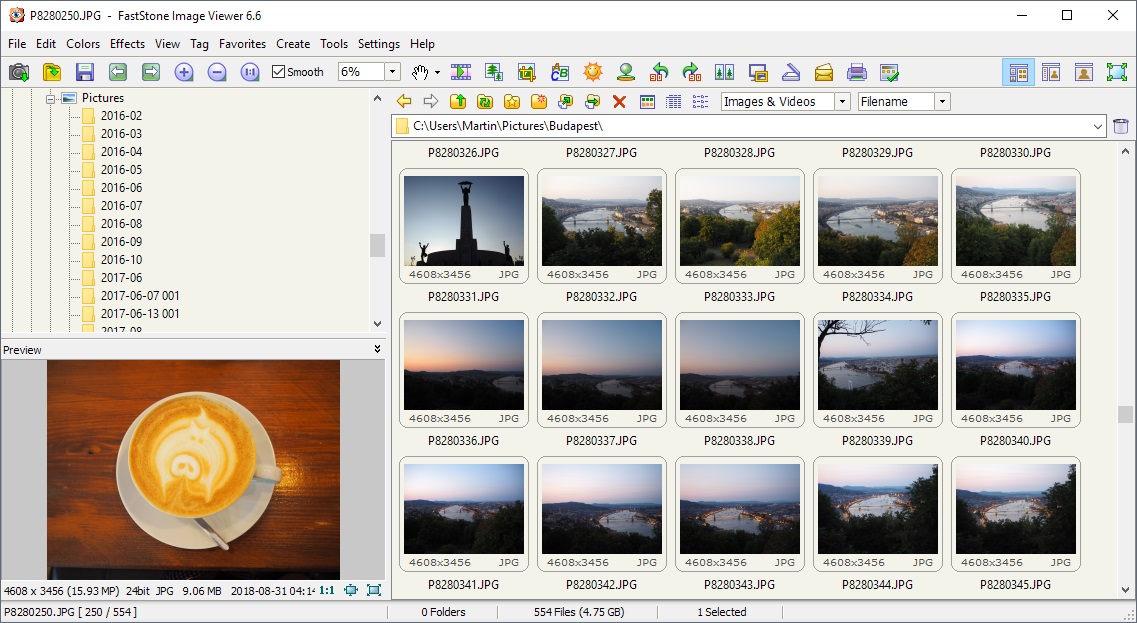 I tested the performance on a medium sized folder. It had 554 photos and a total size of 4.75 Gigabytes.  While it took a moment to parse the entire folder and display thumbnail images for each of the photos it included, the loading of individual images and the switching to other images stored in the folder was instant and without delay.

The same operation is slightly delayed in other image viewers such as XnView or the Photos application on the same system, and also in previous versions of FastStone Image Viewer.

The new version of the image viewer includes several other improvements. The program includes two new options when the magnifier tool is active. The magnifier is active by default when you view an image using the program. 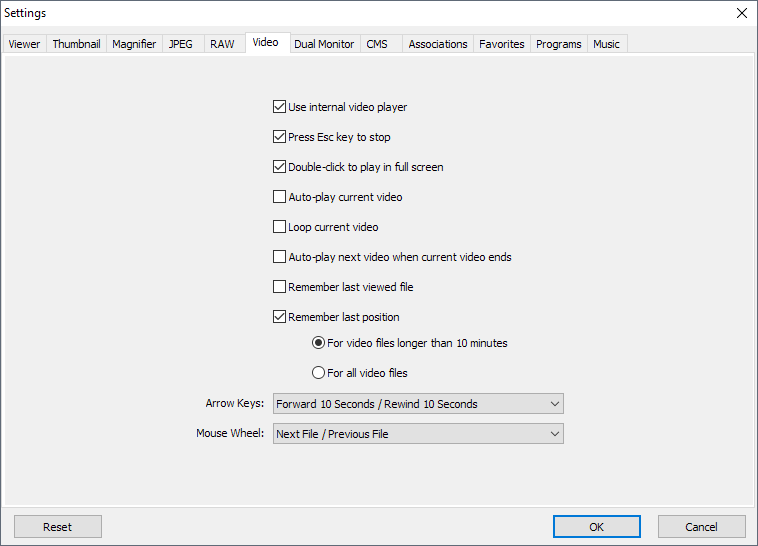 What else? The video player which the developer introduced in version 6.3 received another batch of improvements. New auto-play and auto-loop options are listed in the program settings under Settings > Video. A play bar is displayed automatically when videos play in fullscreen mode when the mouse is moved, and the time is displayed when you hover the mouse on the progress bar of the video. 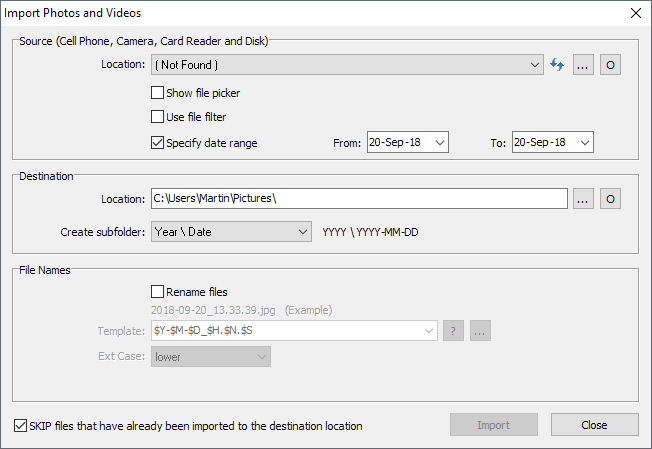 Check the "specify data range" option of the import dialog and set a starting and end data for the importing of photos and videos.

FastStone Image Viewer got a whole lot better with the update to version 6.6. While you may like all the new functionality added to the application in the new version, it is the performance improvements that make it a must-have application.

The improvements are significant and visible. While your mileage may vary depending on factors such as image size, type and the computer that you use, it is likely that you will notice performance improvements as well when you run the new version.

Now you: Which image viewer do you use, and why?